Toyota expanded the GR Supra range in the UK with the introduction of a turbocharged 2.0-liter four-cylinder, offering direct competition for the four-cylinder engine options offered by rivals such as the Jaguar F-Type and the Porsche 718 Cayman.

The 2.0-liter Toyota Supra joins the already offered 3.0-liter six-cylinder model with 335 horsepower, and like the engine in this car, this new 2.0-liter engine also comes from BMW – Toyotas Development partner for the fifth generation of the Supra.

The output is 254 hp with 400 Nm of torque, and the drive is routed to the rear wheels via an eight-speed automatic transmission – there is still no word on a manual option. Toyota claims 0-100 mph in 5.2 seconds with Launch Control activated, while the top speed is electronically limited to 155 mph.

With a smaller engine on board, Toyota says the 2.0-liter GR Supra is 100 kg lighter than the 3.0-liter car. In addition, the smaller motor doesn’t protrude that far into the nose of the GR Supra, which improves weight distribution.

Under the body, the 2.0-liter Supra has the same electronically controlled active rear axle differential as standard on the 3.0-liter models. It also features the adaptive damper system of the 3.0-liter model with Normal and Sport modes as standard, although it is part of a suspension package that has been retuned for the lower weight of the four-cylinder model. The brakes are taken over in the GR Supra 2.0-liter Pro: Brembo discs front and rear with four-piston calipers on the front axle.

In addition, the GR Supra 2.0-liter Pro is equipped with the Toyota Supra Safety + suite of driver assistance and safety functions. These include collision avoidance with cyclist and pedestrian detection, lane departure warning with steering intervention, automatic high beam and traffic sign assistant.

Buyers who opt for the exclusive GR Supra Fuji Speedway Edition receive the same features, but unique styling and upholstery optimizations. As standard, it is given a metallic white paintwork with contrasting black 19-inch alloy wheels and red exterior mirrors. Inside, there are carbon fiber dashboard inserts and new red leather patterns that contrast with the black Alcantara interior.

Click here for our in-depth review of the Toyota Supra … 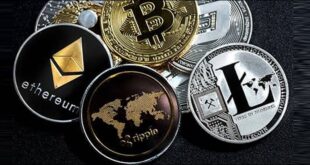